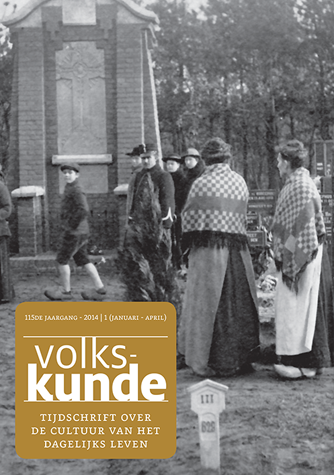 Summary: Patriotism kindled in Belgian schools after the Great War

Immediately after the First World War the propagation of a unified and patriotic war narrative was an important issue for the Belgian Government in primary as well as in secondary education. The remem- brance of the Great War was to be cultivated in history classes as well as in other subjects. Textbooks and notebooks, classroom walls, play- grounds and field trips all referred to the war. In many instances, the government encouraged or supported these initiatives. However, two specific ways of remembrance were locally defined: the school commemoration of the fallen former pupils/students and the organization of field trips to the former front region. Both involved different concepts of remembrance. As regards commemorative monu- ments, the main aim was to link different generations to each other. The honoured dead, presented as real individuals, were   supposed to stand as a model for the living, i.e. the students who had died for their fatherland and had behaved courageously should inspire future soldiers. Visiting the front region as another type of remembrance was brought into prominence: it caused abhorrence at the sight of so much destruction and couldn’t possibly be a model for the future. These field trips became an essential part in post-war peace education.

Summary: The commemoration of the Great War in an international perspective

People from all over the world were active in Flanders Fields during the First World War. Strikingly, the centenary of the Great War has not led to enthusiastic commemorations in all fifty odd countries that were involved. Therefore it is worth exploring in which way national elements figure in these commemorations. The main factors that have contributed to the different attitudes are: a nation’s involvement in the war; the way in which the Great War played a role in the nation-building process; the nation’s military tradition and the citizens’ general interest in commemorative events. Some countries prefer to focus on the terrible war itself while other nations bring the peace message into special prominence. The specific data – obtained through desk research and expert interviews – also led to the conclusion that memory and commemoration are a historic as well as a social construct serving contemporary agendas.

Summary: The World War I refugee camp Nunspeet recollected in the 21st century

Because the Netherlands remained neutral during the First World War neither this war nor Armistice Day has been well remembered in comparison with the official remembrance days of the Second World War (each year on the 4th and 5th of May). But 2008 was an important anniversary worldwide and it motivated some inhabitants of Nunspeet, a Dutch town with a refugee camp for Belgians (‘Vluchtoord Nunspeet’), to focus on this interesting item of local history. They organised a commemoration of ‘Vluchtoord Nunspeet’ at the local cemetery in front of the memorial monument that had been erected in 1919 in memory of the refugees who had died during their stay in the camp. On the same day they opened a photo exhibition about the life of these refugees. They also presented the educational cultural heritage project ‘Onderdak in Nunspeet’ (‘Shelter in Nunspeet’) for primary school pupils. In this way they hope to promote the interest of students, teachers and tourists in local history.

Summary: Traces of the First World War in the Netherlands: the Fishermen’s Monument in Egmond aan Zee

In the Netherlands there were not many war victims thanks to its neutrality. The Great War apparently passed rather unnoticed, which explains why there is – generally speaking – no culture of remembrance of this war. But the fishermen in the villages on the North Sea shores (Katwijk, Scheveningen and Egmond aan Zee) had to deal with heavy losses, caused by the British sea mines. The losses were so immense that immediately after the war a cult of remembrance started and the communities erected special monuments in grief. The peculiarity of the war   monument in Egmond aan Zee is that it is the most impressive, but the least known. The Fishermen’s Monument has the distinctive religious features found in many other European World War I monuments. The monument in the form of a cross with three praying females: grief countered by a vague sense of religious hope.

During and after the Second World War little attention was paid to these First World War monuments because there were far more victims in the North Sea during the Second World War. Some World War I monuments were transformed into World War II ones. But since the last decade of the 20th century things have changed. The old fishermen’s monuments have known a remarkable revival and have become part of a new cult of remembrance. Fishermen of all ages and all wars who never came back have been brought into focus. It is worth mentioning that this new trend got its momentum in a time that Egmond transformed itself from a traditional fishing community into a touristic attraction, i.e. fishermen folklore gave a new meaning to the old World War I monuments in the Netherlands.