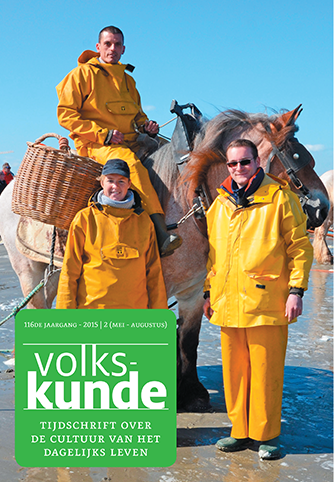 Summary: Home, sweet Home?!
The Public and Private Element in Domestic Culture (Antwerp, 1880)
Contrary to the strong Anglo-Saxon tradition that predominantly draws on normative sources to study the
middle class home and domestic culture, the focus is here on a broader socio-professional group. Based on a sample of official inventories, the analysis charts the domestic interiors
in Antwerp in ‘the age of domesticity’ and sheds a light on some nuances and contradictions regarding the public/private doctrine. The singularity of the home in Antwerp is to be taken into account. The urban context determined the margin for negotiating the domestic ideal when dividing and using the available space.
Against the background of a rapidly changing society, a cosy home offered consolation and refuge. Domesticity became a synonym for (illusive) privacy, because the decoration of the frontstage parlor and the dining room reveals that these rooms were intended not only as home comfort but also as representation. The lower middle-class had to be creative since the separation of the workplace from the household was often impossible. Social class, status and gender played a role as regards domesticity.

Summary: ‘Saviours you will be of the Whole Fatherland!’
Remembrance of the First World War as a Flemish, Belgian and International Affair (1914-2014).
This article analyses a wide variety of cultural artefacts that in the past century have been shaped by poets and other cultural agents. From the beginning of the Great War most Belgians only wanted to get rid of the Germans and to restore national sovereignty. The war became an outright struggle for the survival of Belgium and this fact united the
(Dutch speaking) Flemish and the (French speaking) Walloons against
the common enemy. But, as the war dragged on, Flemish civilians in the occupied territories (as well as in neutral Holland) and an
influential contingent of soldiers at the front started to see the war as a purely inner-Belgian conflict which (hopefully) would ultimately lead to Flemish independence. Thus, the war deepened political and cultural divisions in Belgium, leading to the
emergence of a Flemish nationalist party at the first post-war elections (1919). From the twenties onwards Flemish filmmakers, novelists, poets and journalists were instrumental in promoting
this vision on the Great War. But when the Cold War drew to an end, a few Flemish novelists, e.g. Hugo Claus and Tom Lanoye, began criticizing the old view. They disagreed with the way ‘Flemish radicals and fascists’ had appropriated the Great War. The idea
that the First World War was a global conflict has prevailed ever since. This international orientation has also inspired many centenary activities. Nevertheless, the focus seems to have shifted lately from critical self-analysis to ‘peace tourism’, to the multifaceted war experience of ‘Flanders Fields’ and to the political balance of power in the new federal Belgium.

Summary: ‘A Safe Adventure’.Foreign Cuisine as mediated in the
Netherlands, 1950-1970 In the post-war decades ‘foreign’ foods
and international cooking became a new trend in the Netherlands.
The role of the mediators has however hardly been examined, even though their subtle negotiation between housewives and producers formed a consistent plea for cultural change.
Therefore this paper offers a muchneeded closer look into the definitive birth of one of the biggest food trends of the twentieth century. In order to plot the presentation of ‘foreign’ food in the Netherlands at that time it zooms in on the magazine-factor:
magazines as the most significant mediators of food choice in the 1950s and 1960s. The cultural significance of the (gradual) changes is explained by means of a systematic survey of the patterns found in recipes and advertisements. They are coded and subjected to a close reading to generate both quantitative and qualitative data. In this way a complex dual strategy in the representation of ‘foreign’ food is revealed. The mediators presented ‘foreign’ food as strange to render it more exciting, but kept some of its aspects more recognizable to keep these ‘foreign’ products and recipes accessible. Surprisingly, these commentators were not naive about the complexity of the new cuisine during this crucial phase in the globalization of cooking. Instead of focusing on uthenticity,
however, they took a pragmatic approach in presenting the new
ingredients as ‘a safe adventure’. The mediators’ awareness and deliberate use of language and images played a significant role in appreciating the new food.