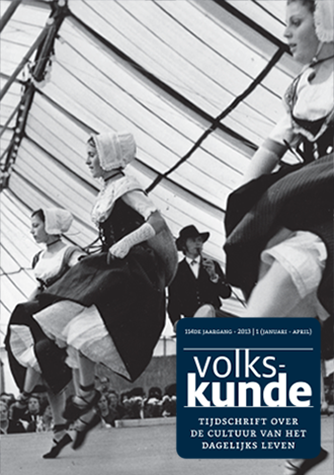 Summary: Transcommunication in writing: the heavenly letter
In revealed religions transcendental communication by means of a heavenly letter used to be a marginal modus operandi. A letter from heaven is quite distinct from the (well-known) votum scriptum which the faithful commonly send to heaven.
An apocryphal Sunday Epistle fell from heaven in Ibiza, urging the faithful to abstain from work and to pray on Sundays, to pay the tithes, to fast, etc. (584). A similar moral-eschatological letter aiming at a religious revival is believed to have fallen on the grave of the Prophet (Mekka Letter, ca. 1880).
Although of doubtful authenticity, some people have claimed that copies of the Abgar Letter (1st century), the Charlemagne Prayer (ca. 800) and the Coloman Letter (11th century) have a heavenly origin.
For centuries and in several continents all these letters have been circulating in handwriting, in print as well as electronically. They have become powerful text amulets. Some zealous people keep reinventing them.

Summary: Dancing for the region.
Community organisation in the rural area of Noord-Groningen during the 1960s and 1970s
Economic development and moder-nisation characterized the Nether­lands in the years after the Second World War. To stimulate socio-cultural development as well the national government implemented a sociolog­ical tool – community organization. Hereby, the local community was involved to develop their own region. In the area of Noord-Groningen, in the northern part of the Netherlands, this inspired the start of a folkloric dance festival, named Op Roakeldais. The goal of this festival was to develop the area of Noord-Groningen, both in an economic and socio-cultural way. The initiators from the local elite regarded folklore as a way to connect the different social groups in the Noord-Groningen society. As a consequence, the festival could contribute to the formation of the regional identity of Noord- Groningen.
Based on Anssi Paasi’s model of regional identity formation, it can be concluded that the festival only partly succeeded in their goal. The local people did not identify with the regional symbols, traditional farmers dances and customs, which were propagated by the festival. In addition, the focus of the festival was limited to a part of the Noord- Groningen area. However, the festival was successful in using its regional perspective to become subsidized by the provincial government. In conclusion, Op Roakeldais was set up as a festival with the ambition to form and develop the region of Noord- Groningen, but which turned out to contribute mainly to the regional social-cultural entertainment. That function justifies its current day existence.

Summary: “Müzik ruhun gidasi / Music is food for the soul”
An ethnographic study of the use and functions of Turkish folk music in Ghent
This ethnographic report deals with the use, the value and the function of eighteen Turkish folk music events in the city of Ghent (Belgium). It is the result of structured observation – with the frameworks provided by A.P. Merriam, B. Nettl and H. van Maanen – and semi-structured interviews with the musicians, the audience and the organizers.
There are two levels of analysis. The first is based on the classification of the relevant properties of the programme, the audience, the musicians and the organization. The other one relies upon the interviews in which special attention is paid to social, cultural, spiritual and ritual interaction.
The functions of Turkish folk music in Ghent are quite comprehensive: personal, (inter)cultural, social, economic and ethical / mystical /religious. Socio-cultural rituals are consolidated and political controversy is not shunned.