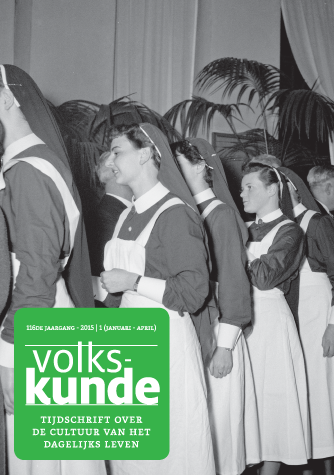 In 1914 Pius X and the Roman Catholic Church launched an attack against modern women’s indecent clothing: short sleeves and skirts, low necklines, trousers, transparent or fleshcolored fabrics, etc. Modern fashion was considered to lead to improper sexual relations, to handicap a mother’s educational role and to diminish faith. Therefore a set of rules was made and implemented.
Tilburg is a city in the south of the Netherlands and used to have over 95 percent Catholics. Did all citizens follow these rules? To answer this question research was done in the three local Catholic newspapers. They proved to differ considerably in covering the issue and in censoring indecent drawings in advertisements and in fashion columns. Their position varied from docile to liberal.
Two chastity associations were created in the hope to mobilize an antiindecency army. But they never attracted more than nine percent of the Catholics. They turned out to be paper tigers. Some faithful obediently followed the rules, from conviction. But the majority did so submissively, afraid of being excluded from school and church. And nobody wanted to end up as a laughingstock or gossiptarget in the Catholic community.
But there were loopholes. The rules were ingeniously stretched as far as possible, e.g. low necklines were covered with shawls or jackets when going to church. Openly confronting the religious authorities was rather rare, but occurred. Some mothers threat- ened to send their child to a public school, when the clothes were not accepted.
Research has proved that the Roman Catholics in Tilburg have not always been not a perfectly homogeneous, ruleabiding flock. Since 1914 the number of dissidents has steadily grown and by 1970 clothing was matter of personal conscience.

Summary:Unique stories in Flanders
On the Classification of Fairy Tales

Most of the nineteenth- and early twentieth-century orally collected fairy tales contain one or two texts that are considered unique, either in their country or in their language. Folklorists (who typically emphasize multiple existence, doublets and variations) rate these texts rather as anomalies which make cataloguing rather problematic.
In his optimistic revision of The Types of the Folktale (1961) Thompson tried to solve this conundrum by adding extra type numbers. On the other hand Uther (The Types of International Folktales, 2004) simply left them out, although the original texts do exist. Based on De Meyer’s catalogue Le conte populaire Flamand (1968), forty one-variant types fit in the Tales of Magic range, i.e. in almost one third of the Tales of Magic types (300-750).
The authors have solved the anomaly of these texts by linking them to existing, mainly printed, stories and by valuing them as adaptations, corruptions, combinations or residues.
Some peculiar findings are worth mentioning, ranging from a new version of Goethe’s Erlkönig to several Straparola tales or from copying a Russian tale to mixing pieces of the Grimms’ Kinder- und Hausmärchen into a narrative. Above all, stories of the Arabian Nights proved popular with the Flemish.
Among the forty texts examined there was hardly any genuinely new material. This can prove that they constituted the end of a tradition (which was by no means exclusively oral) rather than marking the beginning of a new era.
Although more research needs to be done, a new kind of fairy-tale catalogue is feasible, with printed texts as its starting point. Unique stories can thus be assigned to their rightful place instead of simply being ignored.