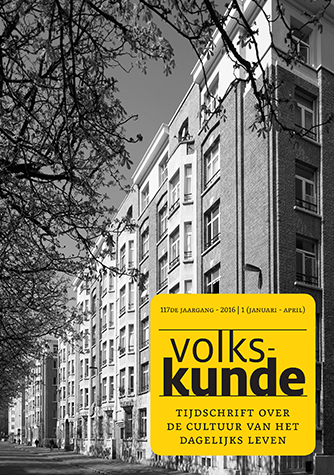 Summary: Dealing with the heritage of the enemy – German First World War monuments on city cemeteries in occupied Belgium
During the First World War the Germans commemorated their fallen soldiers
with monuments in the communal cemeteries in the front region as well as in the occupied country, e.g. in Evere (Brussels), Schoonselhof (Antwerp) and
Robermont (Liège). The Germans built these monuments irrespective of any
permission.
It is worth examining how the above mentioned city councils responded to
this encroachment on their municipal rights during the war and what
happened afterwards with the enemy’s monumental war heritage. For the last
century these German monuments have led to more conflict and discussion than quiet commemoration. Moreover, the political and economic context in both countries has determined the way the old rivals accepted, denied or even
challenged each other’s war memory.

Summary: From “Little Russia” (1925) to “Smurfs’ Village” (1984): Nicknames for housing-estates in Flanders
Social housing was one of the most important realizations of the 20thcentury welfare state. This materialized in hundreds of thousands of new houses, primarily in working-class neighbourhoods. However, because of their architectural, functional and social uniformity these housing projects often were too conspicuous in the fragmented and crowded landscape of Flanders.
This alienated the new inhabitants from the old ones living near the settlement who resented this top down housing policy. They voiced their resentment by giving nicknames.
A few hundreds names were retrieved in a broader study on the heritage value of social housing in Flanders between 1919 and 1985. And they sometimes were/
are so blatantly condescending that social housing companies (have) tried
to get rid of them. But some tenants and owners of these houses are not to
be considered as passive subjects by the outsiders. Therefore they value the
nickname and perceive the verbal abuse as a way of empowerment. Insight in the
atypical characteristics and problems of the chosen architectural and urban
concepts offers an interesting starting point for an alternative, critical reading of an important episode in 20th-century architecture and urban planning.

Summary: Graffiti in Amsterdam: the transient nature of a contemporary phenomenon
Graffiti is an important phenomenon, which many Amsterdam graffiti artists
and admirers want to preserve. But the first study in the field of durable graffiti preservation in The Netherlands has not yet been written. The artists as well as the formal heritage institutions can help each other, but the graffiti scene is not so fond of official institutions which (allegedly) try to intervene by incorporating graffiti into their institutioneel framework.
This essay, based on research and interviews, enables the author to conclude that the graffiti scene itself should ultimately be responsible for documenting the ephemeral phenomenon of texts and designs, regardless of formal heritage frameworks. All parties concerned recommend a new graffiti archive in Amsterdam.