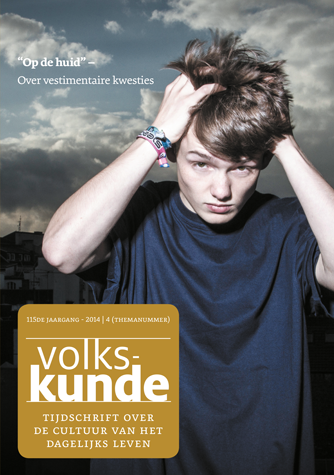 Summary: “All together respectably dressed” Children’s Dress and Daily Life at the Bruges Begard School in the mid-16th Century

Both Zegher van Male’s (1514-1604) memorial of the Bruges Beghard school, a charitable institution that took care of young boys from the poorest families of the city, and its account books, give a unique and almost intimate peek into the multifaceted use of garments in a world created for and inhabited by children. From these sources it becomes clear that the most crucial purpose of clothing was that the boys would be comfortable in their clothes and well protected from the elements. From an organisational and financial point of view, it was deemed important that the clothes were not expensive and should last long. In van Male’s mind providing the children with comfortable and durable clothes went hand in hand with limiting expenses. Clothes, moreover, played an important part in the way the school wanted to present itself and their pupils to the outside world in public events and through gift giving. It was not only the quality and neatness of the clothing that was capable of conveying messages to the outside world. Compared to the clothes of other boys of their age, who would have worn a doublet, underpants and hose, the Beghard children were dressed like younger children. We can wonder whether this was for practical reasons or because it held ideological values. After all, like innocent young children, not yet able to look after themselves, the pupils of the Beghard school were completely dependent on the care and open handedness of Bruges citizens as other children depended on their parents.

Summary: “If they only wear it properly” New meanings of the traditional dress from Staphorst.

This article describes the traditional clothing in Staphorst on the verge of becoming  occasional dress. Staphorst, a calvinist village in the northern part of The Netherlands, is one of the few remaining places where traditional dress is worn everyday by a substantial number of women, and a few men. In this survey, some thirty people were interviewed informally to understand what it means to wear traditional clothing, and when and why people choose to do so. Four cases were investigated. Firstly, people presenting the traditional dress in the local museum, secondly, men in the local choir wearing traditional menswear, thirdly, women and children wearing the local costume visiting The Hague on Prinsjesdag (state opening of parliament), and fourthly, the Staphorst is hip (“fashionable Staphorst”) phenomenon, where people find inspiration in traditional dress.

These four cases show us some remarkable facts. Wearing the local dress may seem an exclusive right to the villagers, but according to public opinion, anyone may do so as long as it conforms to local customs. For women wearing the traditional dress, their clothes are a vehicle to express their main values. Not so much for the men joining the Staphorst men’s choir, where traditional dress is no more than a means to show uniformity. In this way, they do not differ from the committees organising the women’s and children’s visits to Prinsjesdag. They do not allow people to join the group in burger: everyone should wear the Staphorst costume. Within these margins, deviation from the norms is allowed. Clashing opinions can be seen in a new local trend, in which traditional clothing is re-used in more fashionable objects. Many people are either very positive, or very negative about this trend.

The local costume in Staphorst has been more than merely a way of everyday clothing for decades. It is a part of a culture of representation and special occasions. Quoting key ethnological literature, the search for authenticity will be a useless effort. Anybody wearing the traditional dress does so in his or her authentic way, expressing the village identity. Staphorst clothing is often seen as a cultural phenomenon that is slowly but surely disappearing. This article offers a different perspective on traditional clothing as a part of a dynamic culture in which folklore is meaningful and symbolic. New studies on traditional clothing in other parts of The Netherlands may turn out to be worthwhile.

Summary: From Folklore to “Haute Couture” The Relation between Fashion and “Dutchness”

This article scrutinises the collections inspired by Dutch cultural heritage that were designed around the turn of the last century by Dutch designers as Alexander van Slobbe, Jan Taminiau, Viktor & Rolf and Francisco van Benthum. These collections stand out in the history of Dutch fashion because their aesthetics do not match the perception of Dutch fashion that has defined the fashion discourse of the previous ten years: theirs are minimalist, austere palettes and straight silhouettes without clear references to earlier styles or other ages. In contrast, the collections discussed feature fashion that starts from national history and national heritage.

Dutch avant-garde fashion design-ers, in their “heritage collections” mainly use the national icons of the Golden Age and of Dutch regional dress. They quote, adapt and reuse clogs, windmills, Delfts blue pottery, millstone collars, VOC ships, the Old Masters, red Coral chokers, Staphorster dot patterns or Volendammer coifs. In this article I argue that through images, shapes, materials and artisanal techniques from this cultural heritage these designers create not just a brand; they also participate in the (re)construction of the Dutch fashion identity. Precisely this creative and innovative application and repetition of national iconography proliferates the process of what Billig calls “banal nationalism” (1995). An analysis of the applied icons along Barthes’ rhetoric of the image (1977) shows that the abovementioned elements are not just style quotes that lead to a certain aesthetic, but that this iconic visual language also produces the symbolic attribution of “Dutch”.

Summary: Female clothing, religion and secularism From the Islamic veil and Jewish wig to Femen toplessness

A comparative gender analysis is made of contemporary body practices, especially as regards women’s hairdressing and clothing for Flemish women, including ethnic-religious minorities. In standard anthropology the symbolic meaning of hair has often been related to sexuality across cultural and religious traditions. In radical and liberal feminist theories veiling and covering practices have been connected to the patriarchal control over female sexuality, to limited freedom and mobility. In contemporary gender  studies, the influence of post-colonial, postsecular and multicultural perspective has resulted in a shift of focus to the way the women experience and interpret wearing their veil. Based on ethnographic research in Antwerp two forms of covering the female body are compared: the Islamic veil and the little known norms regulating  Orthodox Jewish “modest” clothing and hair covering. Despite the many similarities between Islamic and Jewish covering practices both societies regulate quite differently. While the public concern for the Islamic veil touches upon key issues regarding cultural and religious diversity (e.g. the status of Islam and gender) orthodox Jews and other minorities are much less prominent in public debate. The topless protest of the secular-feminist movement Femen illustrates that (un) covering the female body is a thorny issue in striving for a more pluralist and gender-equal society.

The traditional definition of visual rhetoric implies that it influences behaviour and attitudes. This essay is about fashion, fashion photography, art and semiotics. It explains and illustrates that fashion, as a form of rhetoric, has the same capacity. The sense of style includes the rhetoric of fashion: the way a person presents himself to the world through the clothes he wears. Though it is an undeniable fact that a person’s style and fashion choices portray his personality and character.

This article provides a historical overview on the emergence and development of fashion and dress in Dutch museums. By focusing on the formation of the collection and the changing modes of display, it is demonstrated that fashion and dress in Dutch  museums are not only defined by historical and fashion/dress historical influences. The image of the museums, the different modes of acquisition and museological developments have played a significant part and are still of influence on what we can see in the museums nowadays. This article touches upon various examples of these three decisive elements such as dress and period rooms as educational tools, donations of haute couture collections and the emergence of the monographic fashion exhibition, the emergence of temporary exhibitions and flexible exhibition spaces, the museum as a social forum and the focus on multiculturalism. This article forms one of the final products of a research internship at Modemuze, and this contribution will be used as an introductory text on the research on the website of Modemuze. In concert with the project leader of Modemuze, the author has therefore decided that this article does not contain any footnotes or endnotes. References to the sources consulted for this research can be found in the articles on the website that focus on the collection and exhibition history of the individual museums.