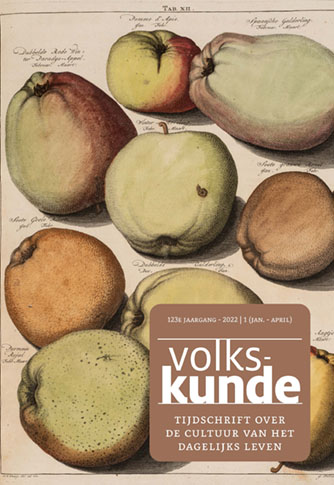 The morality movement peaked during the interbellum period. The struggle against the debauchery of
morals was waged most fiercely by Catholics who were driven by the Catholic Action Movement.
They targeted fashion trends, dance bars and the new means of communication: radio and film. In
1926, a Fighters’ Union against Public Immorality (Strijdersbond tegen de Openbare
Onzedelijkheid) was founded in the archiepiscopal capital of Mechelen. Militants daubed movie
posters or filed complaints to prevent the showing of films that they judged immorally. They
protested loudly against fairground attractions with scantily clad dancers and beach scenes in new
recreation areas. From Mechelen, the movement was spread throughout Flanders and in 1933 it evolved
into Zedenadel, a broad movement for morality and temperance. The operators of cinemas,
fairgrounds, recreational areas and attractions protested the bans and strict rules. On the other
hand, they took advantage of the commotion because it brought media interest and attracted extra
visitors. Socialists and progressive liberals took a stand against rigid morality.

Even in the catholic pillar, many doubted the strict moral standards. But no structured
countermovement arose such as the church had.
In the 1960s, the morality movement quickly lost support due to the changing spirit of the times
and the aspiration of young people to get out of the yoke of the Church. However, the clergy and
catholic militants have succeeded in encapsulating many aspects of modern life in the Catholic
pillar. A widespread Catholic network of sports and drama circles, news agencies and libraries have
been developed. The attempts to get a grip on film and radio were much less successful. Moreover,
secularisation was brought into the catholic organisations by integrating as many aspects of
modern life as possible. That was the price the Church inevitably had to pay to maintain the
greatest possible hold on modern society for as long as possible.

Past glory? The reconversion of the rural cartwright in Flanders (1920-1970)

This article focused on the decline and reconversion of rural wagon making in Flanders during the
period 1920- 1970. At the beginning of the 20th century, the sector enjoyed a boom in employment.
Despite increasing mechanisation, the number of cartwrights declined after the First World War and during the 1920s. The introduction of the rubber tyre in the 1930s did not give a new impetus to the cartwright industry, quite the opposite.
After the Second World War, the profession of wheelwright rapidly declined. In Belgium, the number
of wheelwright manufacturers fell from around 2,600 in 1947 to around 50 in 1970. The main cause
was the spread and further application of rubber pneumatic tyres and the use of metal bodies.
Wooden vehicles also proved unsuitable for mounting behind tractors, which made a widespread from
the 1950s onwards. The cartwrights’ unions – which had sprung up all over the country since the
beginning of the 20th century – were not strong enough to turn the tide. Technical and industrial
progress meant that craftsmanship was definitely declining.
Many cartwrights saw the changes
in their profession coming and decided to retrain or re-orientate themselves. Some evolved into
bicycle makers or started a shop. A certain number of craftsmen made the switch and evolved into
bodywork manufacturers and garage owners. Others remained in the wood sector and went working as
carpenters. Wheelwrights also ended up in timber merchants, the furniture sector and the funeral
industry. Only those who were sufficiently flexible had a chance of survival. Reconversion ensured
continuity and change. The decline of the cartwright industry is not therefore a thing of past
glory, but rather of hidden brilliance.

Blood is thicker than water: The Achterhoek identity in a historical perspective

In 2013, the Holland Open Air Museum rediscovered a hitherto unpublished diary. It contains 213
handwritten pages. On some pages, two to three texts are written on top of each other, as if the
writer had a shortage of paper. Part of the dairy is in secret code; many pages have faded, and the
edges are eaten away. It has taken a team of specialists eight years to decipher and transcribe the
text. Recently, this text has been published, together with ten chapters on the main themes. The
author, Eimert Papenborg (1826- 1888), as it turns out was a small, isolated farmer, who lived to
the northeast of the village Zieuwent, in the heart of the Achterhoek, in the eastern part of
Holland. For 48 years, Eimert minutely recorded the activities of himself and his family. This
enabled us to analyze two historical concepts that have recently been related to this region.
Firstly, it has been claimed, that neighbourly help was a characteristic of this region and
secondly, that isolation was often believed to be the driving force behind regional differences.
Based on this dairy and extensive archival research, this article shows that the blood ties were
far more important than neighbourly help. Furthermore, that isolation forced this family, on the
contrary, to cover a large area to provide subsistence.

The digital circus collection of Allard Pierson: a broad platform for the purpose of tuition and
research

The Allard Pierson circus collection exists since 1964 when a bequest by K.D. Hartmans (1906-1963)
was accepted. Over the years several acquisitions could be added, leading to one of the larger
collections on the circus in a broad sense in Europe. One of the prominent elements is the
Friedländer poster collection, consisting of 9045 unique items, that belonged to Jaap Best (1912
-2002), renowned Dutch collector of circus memorabilia. A digitization process led in 2018 to the
platform www.circusmuseum.nl, allowing researchers and circus lovers from all over the world to
explore and use the content of the website. In the past decades the circus has developed and
attracted the attention of the international academic realm, leading to new interpretations and
explanations of the phenomenon. This new interest in the circus is precisely the objective the
University of Amsterdam wished to achieve when accepting the initial bequest in combination with
the fostering and the retrieval of the circus related holdings in the years that followed.

This is a case study of year-end feasts in the scouting group 69 Sint- Maarten in Deurne in 2019
and 2020. It documents the use of the Secret Santa application and explores if patterns can be
discovered in the
gift system and if COVID-19 had an impact.