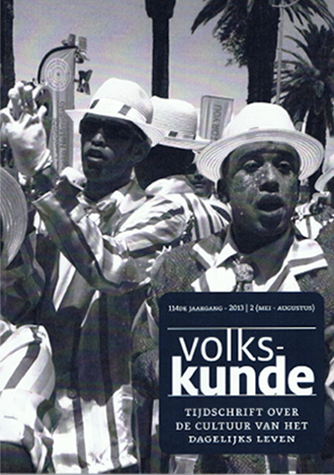 A.M. VAN DER WAL Een pijnlijk verleden, een onzekere toekomst – Levend erfgoed van het slavernijverleden in postapartheid Zuid-Afrika Summary: A painful past, an uncertain future Living heritage of slavery in post­apartheid South Africa The year 2013 marks not only the 150th anniversary of the abolition of slavery in the Kingdom of the Netherlands, but also the 10th anniversary of the UNESCO convention for the safeguarding of intangible cultural heritage. This paper discusses the intangible, living heritage of the slave past of South Africa, once a Dutch colony, and the official policy of the South African government towards safeguarding this heritage. Descendants of the enslaved, the so­called Cape Coloureds, commemorate their past through an annual carnival and street parade. Despite the carnival’s disadvantaged position in the past and its present ambitions to create more awareness of this painful part of South Africa’s history, political interest and financial support is lacking. .

G. KOZIJN Van volkscultuur naar immaterieel erfgoed – Een geschiedenis van de begrippen in de periode 1987 tot 2007 in Nederland Summary: From folk culture to intangible heritage in the Netherlands (1987 and 2007) The article explores the change of thinking within three important institutions: the NCV (Nederlands Centrum voor Volk scultuur), the academic Meertens Instituut and the NOM (Nederlands Openluchtmuseum / Dutch Open Air Museum). After Voskuil, the dominant head of the Meertens Instituut, had left the institution in 1987 contemporary folk culture and the cri tical evaluation of folklore was brought into focus. In Dutch folk culture there used to be a dichotomy between the po pular and academic discourse (and the respective responsibilities and tasks). During the nineties this dichotomy was partially bridged because of globali zation, indivi dualization and other related major social processes which en gendered a renewed interest in folk culture. This new orientation within the Meertens Instituut lead to an academic interest in the culture of everyday life (con temporary folk culture, folklorism and invented traditions), while the NOM implemented the new academic view on folk culture in its museum presentation. The NCV adopted the American ‘public folklore’ as the leading concept and adapted it, i.e. the academics propagated folk culture as a means of enhancing social cohesion. A view shared by the Dutch government. But the Meertens Instituut took a reserved stand regarding the cultural-political function of folk culture, which explains its skeptical attitude towards the safeguarding of ‘intangible heritage’. These new theoretical views have in the last two decades led to an increased interest in heritage and have resulted not only in the boom of folk culture tourism but also have had positive effects on social cohesion and the govern ment’s interest in folk culture. .

J. DEWULF Het pinksterverhaal van de Nederlandstalige slavin Sojourner Truth (ca. 1797-1883) – Een analyse vanuit contactstudies Summary: The Pinkster Story in Sojourner Truth’s Narrative (1850) The article introduces and applies the concept of contact studies in the analysis of the classic US-American slave nar rative of the Dutch-speaking (ex)-slave Sojourner Truth (c. 1797- 1883). It suggests a new approach to the text by analysing it from the plurality of cultural perspectives corresponding to the New York contact zone. This approach allows a new theory on a crucial passage in the Narrative dealing with Pinkster and leads to a better un derstanding of this short part of the book: Truth’s Pinkster was a transatlantic phenomenon with Dutch, Central-American and Portuguese cultural elements. .